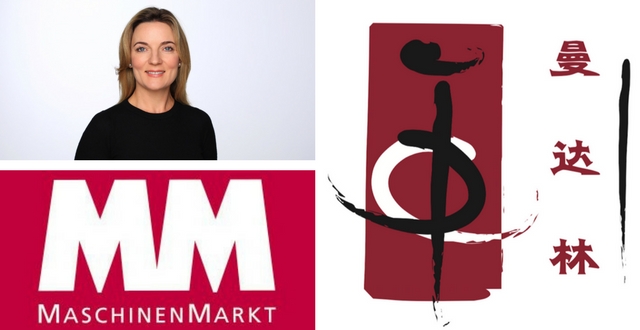 (The following is a summary of a contributed article by Inna Gehrt, head of German Office at Mandarin Capital Partners, published in “MM Maschinenmarkt” on November 8, 2017.)

Engineering is an international business – for many German companies, their home market would simply be too small. Even the European market does not offer a lot of growth potential to most. Still many German engineering SMEs are not present on one of the largest markets worldwide. One of the options to tap unused market potential is an investor with knowledge about the Chinese market.
While the Chinese economy has been growing more slowly over the past few years than before, growth rates are still significantly above those in the US or the EU. Chinese domestic demand turns more and more to high-quality goods and Chinese producers invest to meet this demand. European and German technology enjoys an excellent reputation, which means times are good for a market entry.
So why are many German engineering SMEs still lacking a presence in China or not using their possibilities there to the full extent? Among the reasons are cultural barriers and the language, concerns about rule of law and bureaucracy. All of these can make long-term planning a daunting task. Many SMEs are thus overwhelmed by the barriers and decide against the Chinese sales market.
It is true, accessing the Chinese market is far from easy. You need capital, know-how and help with the expansion. A private equity investor with the necessary experience can be a solution – either with a majority or a minority interest. The important thing is that entrepreneur and investor share the same goal. A specialized investor who accompanies the company and advised throughout the whole process promises the best fit. This requires experience from similar cases where companies expanded successfully to China as well as a knowledgeable team on the ground that have a reliable network and know their way around the typical trap doors.
The overall objective should be twofold: The company’s presence in China should be established or significantly extended, and the company’s overall value should be enhanced.

Example: Gasket International
Investment date: May 2008
Competition: Open Auction
Type: Buyout
Total Investment: € 23.4M via common shares
MCP Ownership: 69.53%
Exit: Sold to competitor Hutchinson SA
Gasket International (turnover at the time of investment 33m EUR, at the time of exit 74m EUR) is a leading Italian manufacturer and distributor of ball/gate valve components with main applications in oil & gas pipelines. The entrepreneur was looking for a new investor that could lead the family-owned company into a new growth phase, focused on international expansion especially in Asian markets as well as solving a generational handover issue. The most important clients were moving a share of the production to China, but the family was struggling to set up a presence in the region. The owner family was not interested in selling the whole company and therefore decided to sell part of their shares to a private equity investor.
MCP acquired about 68% of the shares. The transaction was structured as an LBO, financed in part with a bank loan. The Girelli family reinvested with a 30% share. MCP hired a new CEO, Paolo Bergamini, chosen for his experience with PE and his technical background, who also invested in the company. MCP also hired a high-profile sales consultant in Italy, who brought many additional customers in his first two years. MCP immediately entered China. The team hired the new Chinese CEO and fully supported the set-up of Gasket China operations. A new plant was opened in Suzhou in December 2009, after only 8 months. Local revenues have grown rapidly to nearly 18m EUR in 2012. In Italy, MCP closely supported the creation of a JV for the production of balls over 24”, eventually taken under full control in 2012. This business generated over 10m EUR additional sales in 2012.
In July 2013, MCP sold their shares to Hutchinson SA, a subsidiary of the French Total group. The EBITDA at the time of disinvestment was double what it was at the time of investment. The owner family likewise sold their shares to Hutchinson and were thus able to participate in the value added by the strong growth in China. Gasket continues as an independent part within the Total group and is very active in China.

Here the PDF of the original article