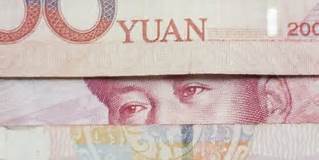 Is a Volatile Yuan good for China?

In May, Chinese  authorities   revealed they would introduce a new “counter-cyclical factor” to the yuan’s daily fixing  in view of  giving  “authorities more control over the fixing and restrain the influence of market pricing”. In other words,  the daily $/CNY fixing mechanism introduced on January 2016 to  balance  the USD against a basket of currencies would  include a correction, still undisclosed in details,  to avert  markets irrational expectations, which would  result in  “herd actions” with  the risk of yuan  overshooting.
So far the “counter-cyclical factor” has helped to shun downward pressures that have left the yuan fluctuating in a narrow band around 6.9 per dollar for most of this year. The PBoC’s  actions  including  stricter checks  on capital outflow,  and  extra measure on exchange rate  resonated like  fresh evidence of China playing unfair game, pushing some critics  to invite the IMF of  ousting  the yuan from the SDR.
Yet, alarms on yuan exchange rate are somewhat overblown. After all, the X factor, as dubbed in some media, didn’t feed in lowering the Chinese currency.  The yuan started   appreciate in the second half of the year by around 3.3 percent against the US dollar, with exchange rate at 5.7 percent advance against the dollar and   up by one percent against the euro. The impact shows in exports, which   due to a stronger yuan,   slowed down to the U.S. and the European Union, China’s two biggest markets, making 8.7 per year-on-year to the U.S.  From an almost 20% rate in June, while those to the EU lessened to 10.1% year-on-year from 15.2% the previous months.
The dynamics of the yuan exchange rate could turn a major outcome of this summer. The yuan floating into a some kind of two-way volatility seems a prelude to a run-up to boost extensively the yuan exchange rate flexibility.
The fact that  the refinement of the exchange rate regime with the “counter-cyclical factor”  almost occurred  in sync to a  weaker  dollar  has helped  the yuan  advance  to a nine-month high against the US currency. Currently the US dollar index, which compares its value with a basket of six developed currencies, floats at a near one-year low as the value of the greenback weakens.
If the dollar’s slow decline against all currencies accelerate, or   even collapse, what role should the yuan play in Asia and elsewhere?
In the dollar failing, Patrick  Artus of Natixis  sees   playing   mostly structural factors:     a persistent US external deficit,  which stands as the medium-term determinant of the dollar’s exchange rate, and uncertainty over the Trump’s economic policies, especially the reform of taxation.  For these considerations the Federal Reserves   could be induced  to dilute its much  anticipated restrictive monetary policy.  These circumstances could promp  to reverse  markets positions vis-à-vis the dollar.
A weakening  dollar, though,  is not a major factor for  the yuan strengthening. China’s economic growth at 6.9 percent and the  widening usage of its currency  in trade and investment speak high for it.  Even if it  is not  yet clear  that the yuan is  the Asian anchor currency  its use in pricing and settling intra-regional trade and investment  is on a rising trajectory. According to BIS  in  three years (2013-2016)  the yuan doubled its share, to 4%, to become the world’s eighth most actively traded currency and the most actively traded emerging market currency, overtaking the Mexican peso. As BIS found  “ the rise in the share of  yuan was primarily due to the increase in trading against the US dollar. In April 2016, as much as 95% of renminbi trading volume was against the US dollar” (www.bis.org/publ/rpfx16fx.pdf )
A further factor of the yuan monetary and financial projection is The Belt and Road Initiative (BRI) that  for involving  63 countries and for its  multi-faceted strategy  will predictably boost trade,  capital and services between China and the rest of the world.  The flurry of  economic deals will  allocate an increasing  influence to the yuan, with   potential implications of its value and stability  for perceptions of other partners’ currencies. Thus,  the stability of the yuan, or more explicitly  that it is not set  to decrease in value, will reverberate  positively in  investors’ confidence in holding other Asian currencies.
A further factor that will add to the strength of the  yuan is  its  volatility vis-à-vis Asian partners’ currencies.  As central banks will need to smoothing out exchange rate volatility, they should hold yuan’s rather than euros and US dollars, so they will be slashing the size of the related reserves and widen the share of the Chinese yuan.
At this point, major outcomes can originate from  Asia which  stretch beyond the regional  monetary relations. Asia’s region accounts   for more than half of global central bank reserves, China alone holding 30% of global reserves, and Taiwan, Korea, India, Hong Kong, Singapore, and Thailand sitting among the top 15 reserve holders. If emerging central banks should start reallocating foreign exchange reserves in euros and dollars into yuan denominated assets, these developments could turn, according to  Robin Winkler et Alii  “ the region the biggest swing factor in anticipating how reserve trends will evolve (Deutsche Bank 2015).
Wrapping up, the Chinese yuan is set becoming  later this or next decade the Asia’s reference currency. At the same time, yuan’s higher volatility would trigger sooner than later a foreign exchange reserves reshuffling in China’s trade partners, especially in Asia. An SDR currency  the yuan  will make it easy   for the IMF not opposing that increasing shares of emerging banks precautionary reserves to be denominated in the Chinese currency.
Why then still delaying  a free-floating yuan?