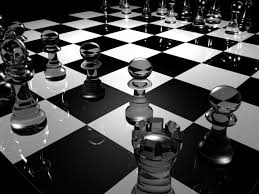 Chess and the conspiracy theory

I live in Venezuela, where the lack of water is justified by the government with the drought due to the “el niño”, instead of admitting their two decades of no-interest policy in new infrastructures, and where people’s ignorance doesn’t allow to ask themselves where the money of oil’s golden ages has gone.

I live in Panama, where most part of public works trusted to the Brazilian Odebrecht have totally changed the country, but where today the new government’s witch hunt (Odebrecht’s owner has just been arrested and Panama’s former president is under investigation for corruption) is splitting the country into two: on the one side ethical puritans pointing their finger at corrupted politicians, and on the other side the ones who admit that the last government did more in the last 5 years than what was done in the previous 50.

I live in Italy, where the government give crumbs to citizens, just like that old Italian movie where a marquis throws red-hot coins to poor people from his balcony. 80 more Euro added to your salary but a lot of new hidden taxes invented every day.

I live in a world where suddenly the oil price passed from 120$ to 25$ with very questionable reasons. Some people say it’s just a speculation made by the lords of oil who will soon take advantage of new season sales in Wall Street, buying majority stakes of companies connected with high-cost oil extraction (e.g. from sand or rocks) and renewable energies for a fistful of dollars, in order to ensure themselves a safe parachute for the future.

We know that every pyramid needs a solid base, and we’re aware that this base must be maintained solid, happy or at least busy, entertained by the cunning tricks of what I call “illusion of control”, in other words the feeling (or hope) that our micro-decisions may have some kind of macro-effect. That’s why we vote for the most ethical politic party, we stop eating meat as soon as we see the comics lamb on Facebook saying <I don’t eat you!>, we fight against pesticides or we buy the last euro 6, 7, 8 car. But we finally discover time after time scandals like Volkswagen and we understand that yesterday we used to feel like a green superhero, but today we’re just a stupid pawn who trusted the product tag or the instructions manual written by a company which was doing just business. They just want to sell their product, they just want us to park in the porch our brand-new TDI Golf and fill our fridge with gluten-free, fat-free, probably-fake salad.

In the Middle-ages the palio, in the ancient Rome gladiators and in the modern world football used to be in charge of masses’ entertainment but after smart TV, internet and social nets as sticky as Spiderman’s, this is no longer enough, because we need something else, something more, something new: the illusion of control. That’s why we keep singing in a rain of pseudo-intellectual distractions falling from above just as raindrops. We discuss about topics like VAT, spread, Brexit, ISIS and so on, terms that appear on all media for a couple of months and suddenly disappear like season fashion. The more complicated and shortened, the more attractive for people, hungry of consuming this kind of products that make you feel well informed and illuminated. Magazine’s front pages full of so attractive useless problems such as Trump’s speech, wrestling tournaments, see you later alligator.

We use to feel horrified looking at football fans, believing us intellectuals because at the pub we talk about politics instead of sport scores, but we’re actually the same, or even worse, because at least they have fun, while we continuously get deeply angry feeling for our opponents more hate than ever experienced by a hooligan.

The scandals about corruption and gossip we get mad about while we read the Washington Post or the Times are exactly the same ones we read on other paparazzi magazines, the only difference is the protagonist. But we enjoy so much our intellectual mood while we look contemptuously at that old woman catching up with the Kardashians. And also in this case we make another mistake because that old woman is surely having fun while we get angrier and angrier, whispering to ourselves that unhappiness is the price intellectual and superior people have to pay. Repeating ourselves happiness is for ignorant people, like epicurean pigs. Sometimes we also feel responsible and generous, because we are worried about politics, not about the private life of that famous guy!

I’ve read somewhere this quotation: if voting could actually change something, than governments would forbid it. Indeed left of right, up or down, from a macro point of view it’s always the same s***! And the winner is… only the one who writes the rules or stay apart accepting the system as an unchangeable constant, such as globalized corporations that always gain money, with the bull or the bear, in health or sickness, even when they bankrupt leaving behind a few reach managers and shareholders.

In this game unfortunately pawns must act as pawns, so they just have to try to eat diagonally, don’t be eaten and stop in front of obstacles as the rules say. Those rules are the ones that create pawns in order to support kings and queens while they decide the destiny of the chessboard.

In my modest opinion as an off-shore entrepreneur I’ve learned during my last years to consider a country’s government not as a variable to try to modify, but as a constant to consider fix when I write down my own equation. If tomorrow morning you wake up with rainy weather I’m sure you’re not going to work riding your bike, you will choose to get the car or walk to the bus stop with your umbrella, following a simple cause-consequence reasoning.  Therefore I’ve decided to act creating my own response to events I cannot control. I pleasantly stopped feeling frustrated for wasting time in a war I have no chance to win, so now I invest this new time in the pursuit of personal goals, for work or pleasure. I’m sure my thoughts will start a debate and this is exactly the aim of my words: trying to change the widely accepted vision of politics in contemporary society.

But what if things are exactly as I say? Where is the solution? Everyone of us has to search and find it inside himself, always with a common point: consciousness. We must be aware that we’ve often been treated as pawns and puppets, be aware that there is no treat, only the trick. We could also be able to enjoy this new form of awareness, why not? When we buy a ticket for the Rocky Horror Picture Show or when we accept to climb on stage during a magician show we deeply enjoy it, we smile. Because we made that decision. When instead we realize too late that we’ve been deceived by an illusionist with a mask everything changes and we suffer gastritis, depression and sometimes suicide. We must not forget about all the companies around the world that bankrupt because governments forced them to pay taxes on invoices not yet paid by public offices. Isn’t this the top of the rock deception?

My words don’t want to be another boring nihilistic and apocalyptic conspiracy theory. I just would like people to reflect more and to judge and criticize less. Reflection must be a healthy habit but nowadays it feels like an extreme sport. Its value is destroyed from above, reminding us there is only one winner at the end of the race. But we can’t forget reflection is not a competition, and that the world leaders are more free of doing whatever they want the more masses are kept  ignorant, busy or simply fed, obviously with gluten-free, fat-free, probably-fake salads.

Manufacturing reshoring is a lie: someone is paying for its propaganda to counter neo-protectionist motions Previous post