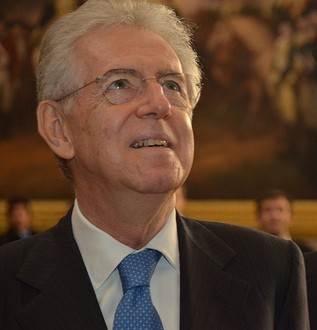 A Warm Welcome for Mario Monti

The Chinese press has given Mario Monti a generous welcome in the opening days of his leadership. Breaking from traditional prudence in commenting on foreign policy, a tribute to the quality and originality of the new Italian government is emerging in the news outlets of the Middle Kingdom. The previous executive was hardly considered a friend of China; tightly aligned with the United States, he paid scarce attention to the Chinese and demonstrated poor knowledge of the nation, making embarrassing comments, rarely making official visits, and proposing duties on Chinese shoes.
The transfer of power has shown an immediate improvement in relations, with The People’s Daily sending a clear message just a few days after the swearing in of Monti and his cabinet: “He must begin to deal with the mess left by the former Prime Minister Silvio Berlusconi as soon as possible, to bring Italy out of its difficult situation”. The importance of this statement should not be underestimated, as the People’s Daily has been the mouthpiece of the CCP since its foundation in 1948, and today it can be read online in five different languages besides Chinese. Its international pages highlighted the new premier’s vision: “Monti is a proponent of a social market economy, which deems free market economy and competition to be important for economic growth, but proper national macro-control cannot be ignored. He believes that economic reform should reflect “fairness”, a concept not unlike the Chinese “search for a harmonious society”.  With regards to Monti’s foreign policy moves, the newspaper noted his recognition of the great role China plays in the world arena, and appreciated that “after being named Prime Minister, the first foreign envoy he met with was the Chinese ambassador to Italy”.
China National Radio stresses his competence, reporting that “Monti is a prestigious economist. He is considered to be the ideal candidate to face the current crisis…an independent candidate with a neutral political stance. The other parties hold few prejudices towards him. This is the advantage of being a technocrat”. The Chinese edition of the International Business Times, an online global business newspaper published in 10 languages and in 13 countries, remarks on Monti’s international prestige, stating that “after Monti was named Italian Prime Minister, the European Union praised the appointment” and that “the appointment of Monti conveys encouraging news to the outside world”. The commentary also touched on the Prime Minister’s moral qualities, recognizing that Monti is “very polite and precise; a faithful husband with two children”.
The welcome from China has been warm and optimistic, but Monti needs to validate his debut with concrete results. For Beijing, a good start would be for the new Premier to work towards a more united Europe, and at the same strive to rebuild the credibility and prestige of Italy, a country that China has long seen as reluctant to deepen relationships with the Asian power.