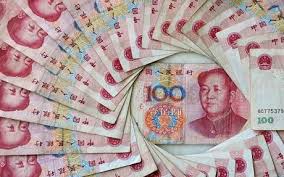 Consequences of a Volatile Yuan. A “butterfly effect” in the making? [1]

The Fund signals a faster-than-expected slowdown in imports and exports, due to weaker investment and manufacturing activity, which, the pick-up of the service sector and domestic consume, have still not sufficiently counter-balanced. These developments have been coalescing with market concerns about the future trends of the Chinese economy, and the spillovers to other economies through trade channels and weaker commodity prices. In the all, these uncertainties have turned China the scapegoat of the financial markets’ malaise.

Though, the picture might end to overstate the real-world numbers. In the first place, China’s GDP has made a full 6.9 in 2015, hardly to call to mind an economy on the brink of an “hard-landing”. In terms of dollars, James Laurenceson finds that what the latest numbers simply tell is that 50% more purchasing power was added last year than in 2010 and China is still growing at more than double the pace of a resurgent economy in the US”. (Laurenceson 2016).

This divergence has been confirmed in various data, for example, an expanding services Purchasing Managers Index (PMI) versus a contracting manufacturing PMI, a slower growth in industrial production than retail sales, and last but not least inflation in consumer prices but deflation in producer prices (Alicia Garcia Guerrero, Natixis 19 January 2016).

If are not the numbers of the GDP, what else should attract more attention on the China’s economic developments? The Economist (15 January 2016) put it straight: “[..] it’s the foreign-exchange moves that really bear watching, for those worried about the Chinese economy and its effect on the world”.

So it’s the Chinese yuan to take again center stage. Indeed, August 2015 has marked a turning point in Chinese monetary policy, with consequences going forward to China’s economic rebalancing, and the role of the yuan on the international monetary arrangements.

In view to the decision over the IMF requisites for the admission to the SDR, and the imminent Federal Reserve interest rate hike, China’s authorities put in action a first package of actions aimed at de-pegging the yuan from the dollar, and introduce, later December 2015, a proxy market liberalization of the yuan’s exchange rate . The moves acted in the direction of the IMF suggestions released in July, have facilitated the IMF to allow the Chinese national currency to join the club of five selected international currency.

The PBoC acted on a two-time strategy. In a first and unavoidable step it dropped the  yuan’ s dollar links, which have largely contributed to an over-valuation up to 30 per cent of the country’s currency since 2010, and have had a part in the slowdown of the country’s economic performance. Later in December, to make yuan’s exchange rate more effective and credible to market valuation, the PBoC announced the introduction of an index composed of a trade-weighted basket of 13 currencies to steer the renminbi’s valuation in forex markets through a ‘managed float’ regime more responsive to a bid-ask price.

In the meantime, along some three successive adjustments of the yuan foreign exchange rate, which  amounted to around a devaluation of 5 percent against the greenback, spurred fears of an imminent cycle of devaluations and prompted capital outflows. Chinese authorities were forced to employ 200 billion dollars out the huge pile of 3.4 trillion dollar foreign exchange reserves to stabilize the currency.

Though the PBoC action on the yuan should have been taken a year in advance (Yukon Huang), the August moves have avoided major harm. What would   have been happened if changes of the yuan exchange rate were implemented later, say after the Fed hike rate, expected in September, and acted in October?   The PBoC would likely have sold much more than 200 billion worth USD Treasuries to help the yuan afloat. In fact, avoiding  a market depreciation of the yuan, in a preemptive move via a policy devaluation, PBoC has challenged perhaps for the first time the story   that an emerging currency’ depreciates, when the US dollar’s rate hikes.

By playing regime-change ahead of the curve, the PBoC has after all “killed two-birds with a stone”. Firstly succeeding to qualifying the yuan to graduate into the Special Drawing Rights of the IMF, and secondly helping through a more flexible and realistic   exchange rate the country to rebalance to domestic consumption and services.

On the new exchange rate regime, John C. Williams, Governor of the San Francisco Federal Reserve, is skeptical over the use China will do of it. As he warns Chinese policymakers will continue to use it as “buffers to ensure that, should some dramatic event unfold, they can step in again and stop that interfering with their other goals. [..]”. China will go on “as something akin to beta-testing liberalization. But completely free, open markets are not in the cards, and the government has made clear that those are not their intention”. The ups-and-downs which have been sparking fears over China’s foreign exchange policy and doubts on its commitment to reforms are evidence that the Chinese authorities will not let the yuan’s exchange rate to float completely freely, so, Williams reassuringly concludes, “ the Chinese yuan is an unlikely challenge of the dollar steady dominance”.

Yet, there are surprising consequences from a higher volatility of a market-driven yuan. These consequences are expected to play vis-à-vis China’s trading partners in Asia. Yukon Huang warns that for the China’s role in Asia’s trade, the yuan should move more in line with Asian currencies than be tied to the U.S. dollar. So, perhaps the US dollar, which makes still a too large share, at 26.4 percent, followed by the euro, yen and Hong Kong dollar, in the PBoC’ s currencies basket, should leave room to major currencies that China uses for foreign trade and investment. In 2013, Subramanian and Kessler found that countries that trade a lot with China might wish to stabilize their currency against the RMB to limit the exchange rate risk for their companies. The new, more volatile yuan will likely magnify  second-order effect on the value chain of China’s trade partners, so there are good reasons for China to make efforts to stabilize the country’s currency.

The train of effects that the yuan new exchange rate policy is setting in motion is likely to unveil some surprising developments. As emerging central banks need smoothing out exchange rate volatility, they should hold yuan’s rather than euros and US dollars, so they should be slashing the size of the related reserves. Asia’s region accounts   for more than half of global central bank reserves, China alone holding 30% of global reserves, and Taiwan, Korea, India, Hong Kong, Singapore, and Thailand sitting among the top 15 reserve holders. If emerging central banks should start redeploying foreign exchange reserves in euros and dollars into yuan denominated assets, these developments could turn, according to Robin Winkler, Mallika Sachdeva, George Saravelos “ the region the biggest swing factor in anticipating how reserve trends will evolve (Deutsche Bank 2015).

Wrapping up, in its way to increasing trade and financial integration, the Chinese yuan is set becoming   later this or next decade the Asia reference currency. At the same time, yuan higher volatility would trigger sooner than later a foreign exchange reserves reshuffling in China’s trade partners, especially in Asia. The recent admission to the SDR will make it easy   for the IMF not opposing that increasing shares of emerging banks precautionary reserves to be denominated in Chinese yuan.

At this point, a “butterfly effect” could fly from the periphery to the core of the current monetary system. Are these likely developments going to cause a chaos, or just landing to a multipolar currency world?

[1] Many thanks to Natixis and Deutsche Bank for references.